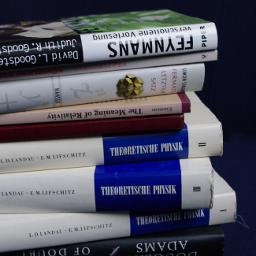 I found an old blog article in an archive folder of my hard drive. Although I wrote it in August 2011, it seems still valid to me. Read yourself:

If you have an electronic calculator at hand please turn it around and have a closer look at its back side. Chances are good that you find beside the producer’s name and model a list of say 6 to 10 US patents listed. Electronic pocket calculators are in widespread use for more than 50 years. The typical function didn’t change much over this time. So, what could be patented in this item?

For all those not involved in patents let me explain the basic ideas and rules. In a patent an inventor explains a new solution to some sort of technical challenge and states thereby that this idea is his intellectual property. If anyone will get money out of this idea (that is “use” the IP of the inventor) then the inventor will get his share. The basic and more or less universal requirements for a patent are:

If you fulfill these basic requirements and if you manage to adhere to all bureaucratic, formal requirements (including the fees, of course) you get a patent which entitles you for a certain amount of time (usually one year, extendable for up to 20 years or so) in a certain geographical area (usually one ore more countries) to exclusively bring this invention to the market. This includes producing goods containing the invention and selling these goods to customers. Of course you are also allowed to sell your whole patent or to sell limited rights (usually called licenses). If anyone violates your patent you can sue him. (Or her, of course.)

Everything sounds good so far, doesn’t it? Having a legal tool which helps an inventor to get proper refund for his idea is fair enough. It should even motivate inventors to get their ideas out of dusty drawers and into the market, right?

Good ideas sometimes proof to be quite difficult to implement. Let me point out some classical pitfalls.

What does “new” mean? On a first glance this seem obvious but there are many possible interpretations and the European and the US patent system implement quite different tests if the idea is new. What if someone else had the same idea earlier but just didn’t bother to make it public? What if the idea was implicitly used for a long time but never described as such?

Related to the “newness” problem is the problem of drawing a border line between an invention and nature’s law. Let me give some examples: I hope no patent office in the world would issue a patent for a “sidewards moving mechanism using gravitational force”. It should be obvious that an inclined plane together with gravitation is not invented by man but is a general principle of nature. So you should not even get to the question if this “invention” fulfills the basic criteria – the patent process should fail on the fact that it is not an invention proper in the first place. But what about superconductivity? Every physicist will confirm that this is a general physical phenomenon, although there is still some struggle to fully explain this effect from theory. No case of natural superconductivity is known on earth since it requires very low temperatures and special materials. Maybe there are odd places in the universe where it does occur naturally but these areas are definitely inaccessible by any means. Mr. Onnes was more of a scientist, so he disclosed his findings as “discovery”, but what if he chose to file a patent for it? It would be new, the “invention” is definitely of technical nature, there is substantial commercial interest and it can solve the well known problem of ohmic losses in electrical circuits.

Still more problematic examples can be found in the area of biotechnology: There are patents for genes naturally occurring in lifeforms. Here even the lawyers and judges get uneasy and a discussion is going on but the patents were granted in the first place. Evolution (or a supreme being or whatever other explanation you prefer) created these complex chemical compounds well before the modern Homo Sapiens emerged. Still there are companies or persons who claim that they invented these compounds and it should be their sole right to commercially exploit them. If no one stops them your children probably have to pay license fees when they start to digest their meal because their body uses bio-active compounds covered by a patent. If the test for “prior art” (the expert’s term for the check if something is new) already gives rise to so many questions, what about the other requirements? I have to disappoint you: It’s getting worse.

Let’s look at the “non-obvious” requirement. For many patents it is very obvious that they solve a technical challenge. If you patent a mechanism which limits the revs of a steam engine or a cleverly formed washer which prevents screws from getting lose in the presence of vibration it is very clear that you use technology in a non-obvious (“clever”) way to solve a real problem. If the true creativity of the inventor is the driving force behind the patent process it’s fine. Problems arise when you try to get more patents out of less creativity. The inventions degrade to trivialities and “household problems” become suddenly technical challenges and trivial fixes are inventions. The actual challenge moves away from the invention more towards persuading the patent office that your crap is non-obvious.

I work in the automotive industry in an R&D department. We design headlamps for cars and trucks, turn indicators, tail lights and all sort of electronic gadgets supporting these functions. As usually competition is fierce and patents are an important weapon in the arsenal. So I have to read patents and try to distill the essence from the sea of words. The sea is usually big (dozens of pages of text) and difficult to decode because it uses patent-typical phrases and grammar and the writer actually didn’t want you to understand it too easily. In the best case there is some essence but more often than not you end up with nothing. It’s a big heap of bloated words describing trivial facts like “you can build headlamps using LEDs” or “you can use a lens for projecting images on the road”. Wow, what a glorious idea. The funny thing is that these patents still make sense in the overall strategic view: If you manage to get it through the patent office it is an obstacle for your competitor. Even if it contains zero information. Actually “zero-information patents” are an instrument on it’s own. They can consume considerable resources at your competitor’s development team when they try to find out if you are really smart or if you just had a very good patent lawyer and an over-worked official at the patent office. At least they create the bad feeling that you know more than you wrote. It’s sort of psychological warfare.

This naturally leads to the requirement of describing the invention in sufficient detail. I learned that there is the telltale that an invention must be proven by at least a working prototype. No. A working prototype is neither required nor would it be sufficient as the sole description. You have to describe your invention in such detail that another guy (usually called “peer”) can rebuild it from scratch given that he has proper education in the field of interest. As you can imagine this reference to another persons education and creativity (remember the non-obvious requirement) opens Pandora’s box. Not the information content itself but the impression your patent creates in another person suddenly gets important. If you spend enough money for good tech writers you can get many different effects:

Do I need to draw a bottom line? I think the current patent system lost its original intent of protecting creative inventors decades ago. By now it’s just a set of legally enforceable rules which you can use to generate revenue. It does neither serve the engineering community nor the customer. The primary beneficiaries are patent lawyers and all organizations involved in the process, closely followed by “patent professionals”, sometimes labeled with the ugly term patent troll. Btw, if a big player thinks that a certain technical solution is really way superior to any other implementation no patent in this world will stop it.

Just shut down this free wheeling system and get back to the labs and workbenches. At least those who can contribute to the technological progress. The rest can try their luck as career changers in the telephone cleaning or hair cutting business. 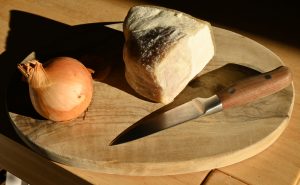 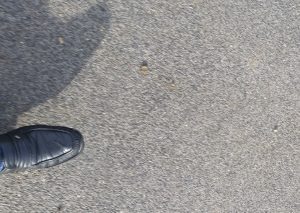